The event had B, A, Elite and Open divisions, all doubles. Within each group, two pools were created, and one game to 11 or 15 was played round robin style within the pool. The top teams from each pool played a final game. Most of the divisions played one-serve, which kept the games running quickly. (Rally scoring was not used, even though the flyer advertised it that way.)

We apologize for the various hue and tinting issues on some of the videos. There is a film on the back glass that goes up to about 8 feet above the floor. This kept the top center camera from ever matching the two side cameras. We also had some issues with that camera every time the battery was changed, the settings had to be re-set. We’ve factory reset that camera in preparation for the next event and will endeavor to keep it off of battery power but instead running from a wall outlet. 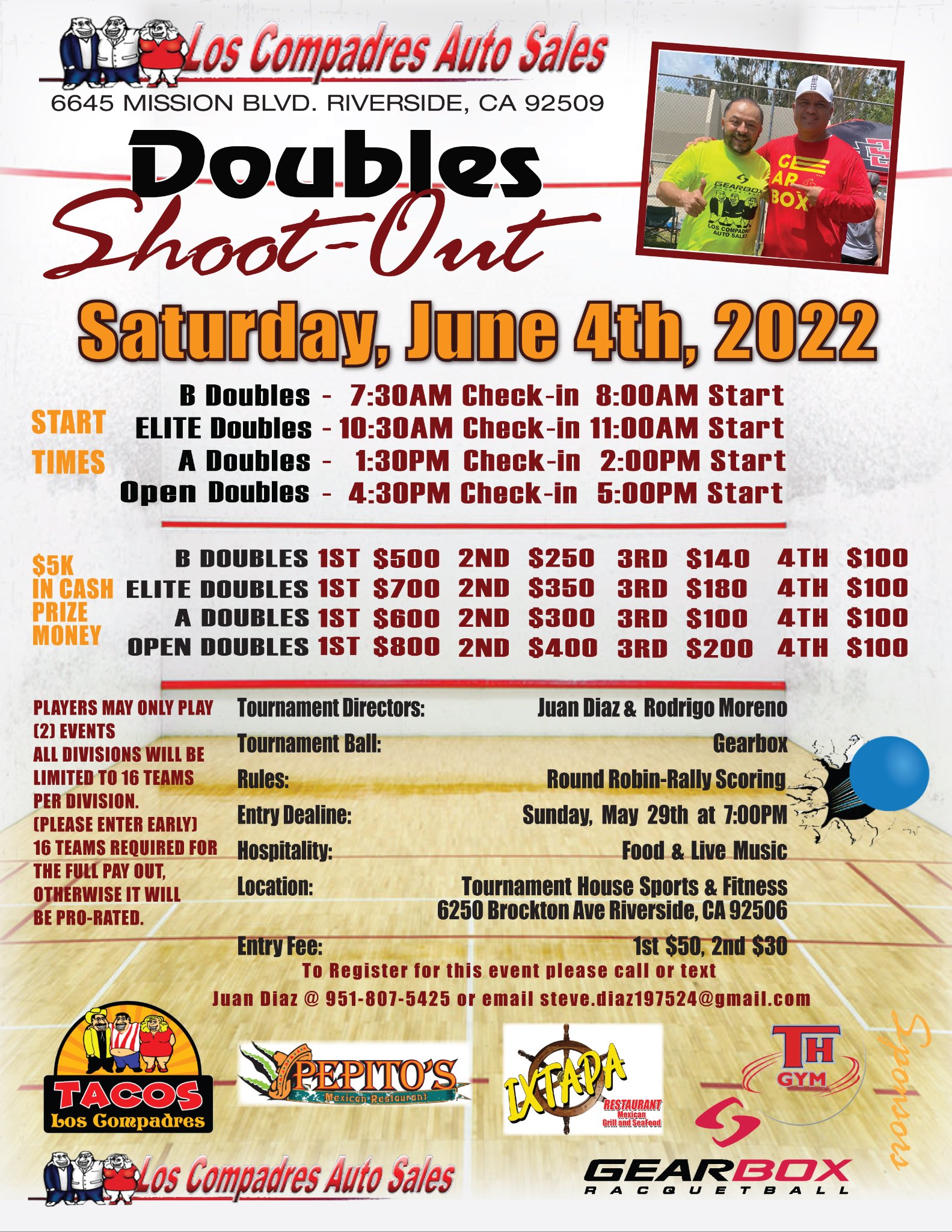