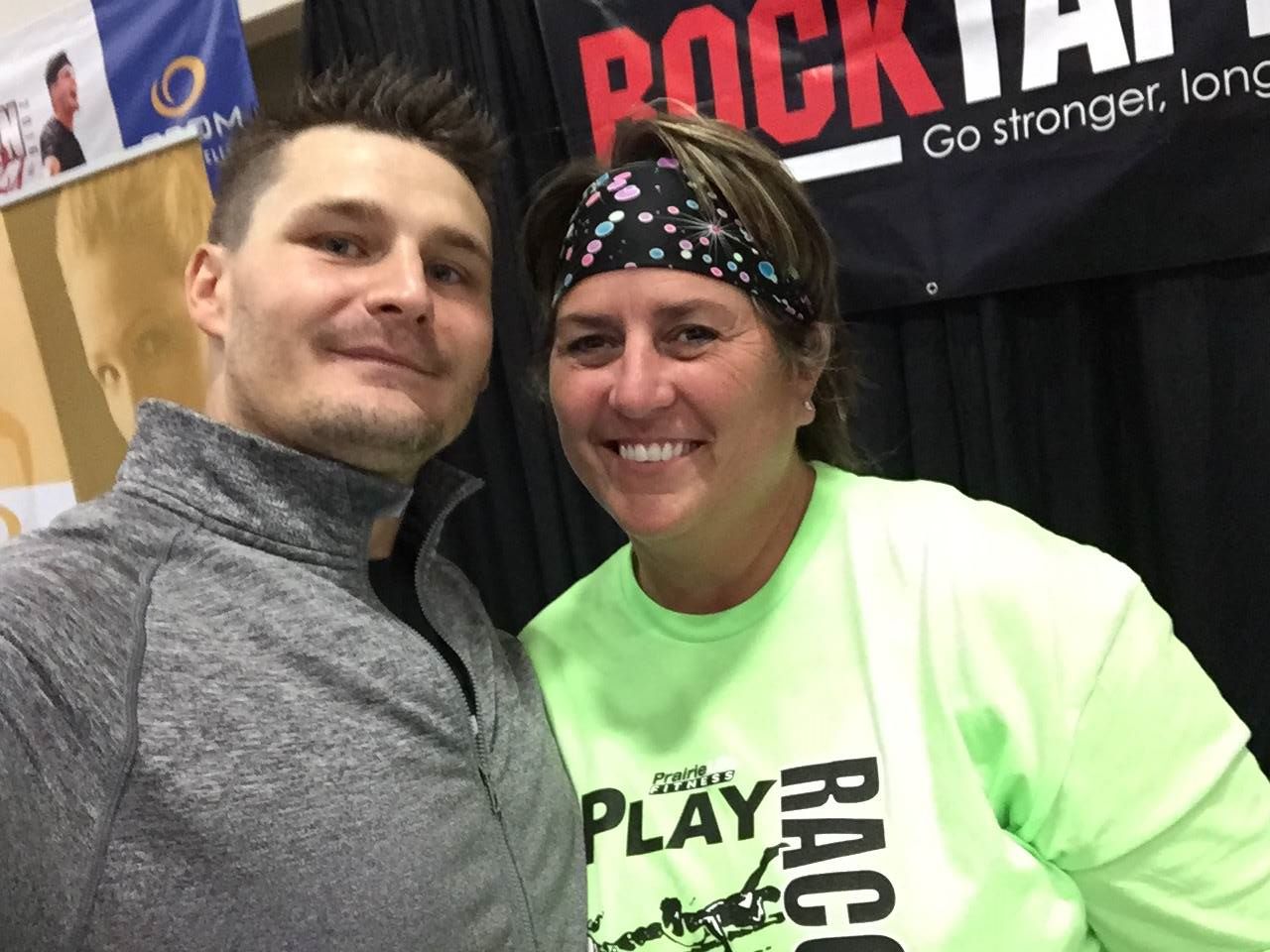 Where do you promote racquetball on social media and the web?
Facebook Page: Nebraska State Racquetball Association 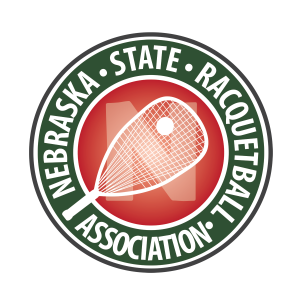 Did you play as a junior?
Started at 17 years old. A new YMCA was built right behind my high school in Pierre, SD. A friend and I went to check it out and got hooked on racquetball, it got me out of track (my basketball coach required that we do something in the off season…that was before high school volleyball or softball) I went to college the next year, took it as a class and was asked to teach it the following semester and I’ve been teaching ever since! My work in Health Clubs promoting and organizing racquetball started 31 years ago! 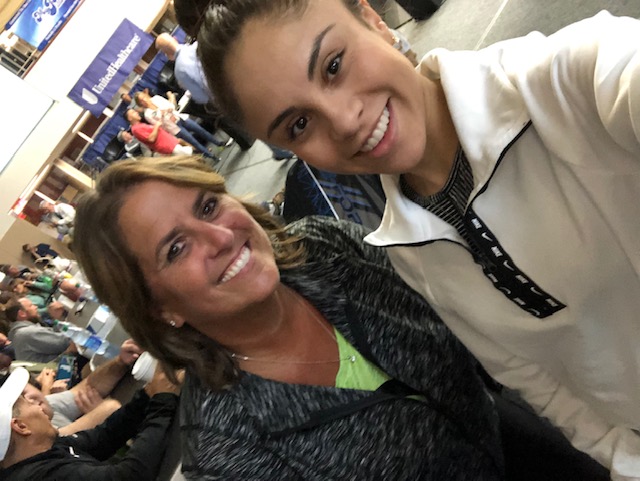 Favorite racquetball shot: Right side pinch… I own that corner 🙂

Motivation for the game (what keeps you playing):
I am truly addicted, some of our best and longest friendships were made on the racquetball court.

Love most about racquetball:
The “bang for the buck”…great, fun workout in little time. The camaraderie and relationships that are built.

Preferred equipment:
I am the RMC for HEAD and use the Extreme 170. I was sponsored by Ektelon from 1990 – 2017, I was the ERC for NE from 2009 – 2017. My all time favorite racquet is the Ektelon (original) Toron. Ektelon made a great shoe, too, now I wear Asics volleyball shoes.

Favorite event:
Our Racquet for a Cure events, we raised over $50,000 in 5 years to support the Susan G Komen foundation.

Best results at tournaments you’ve played in:
I play most of the local events in NE, IA, SD and MO. I’ve placed each year I’ve gone to the US Open (5 times) in the Mixed events, a couple of 1st’s and a few 2nd’s. Several 2nd place finishes at the Women’s Sr. Masters. I don’t play a lot of singles and a gal from NY (Jean Halahan)is in my age division and is one of THE toughest players I’ve ever seen. I played her at the Women’s Masters tourney in MN and scored 2 and 5 on her in games to 11 points. My 7 points were more than ALL the other players scored COMBINED in matches against her….this was my greatest moral victory! Same year, my doubles partner Linda Moore and I were the only team to take a game off of her and her partner in the women’s doubles. Oh, and then there was that time my team beat Paola and her partner in a ProAm doubles and the time I beat Janel Tisinger-Ledkins in singles at a camp (Jean was there, too and did not beat her). 😉 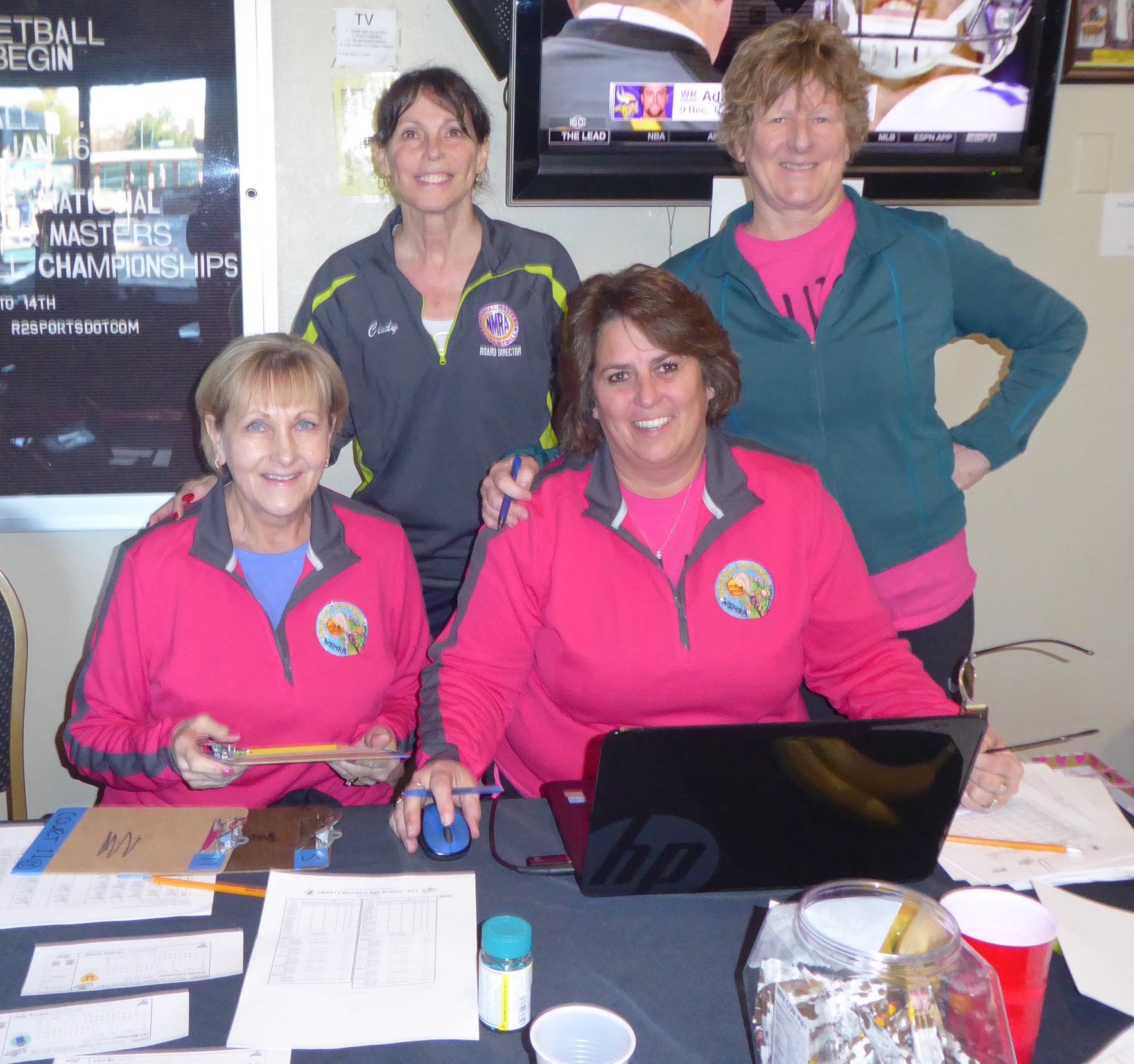 Day job:
Running our household, working as a Racquetball Director and volunteering whenever possible.

Charity close to your heart:
Susan G. Komen, Least of My Brethren

Family shoutout:
I taught my then fiancé, Greg to play racquetball in 1986 and he is still playing today. Our son, James (29) and daughter Toni (25) have been playing since the age of 5.

Other sports played in addition to racquetball:
College basketball and softball. Now I play golf and once in a while some tennis and pickleball.

What can we do to activate more female players?
Make it very social….free clinic followed by some sushi and wine, offer clinics when and where childcare is available at the club or provide someone to entertain the kids near the courts for 45 min. while the clinic is going on. 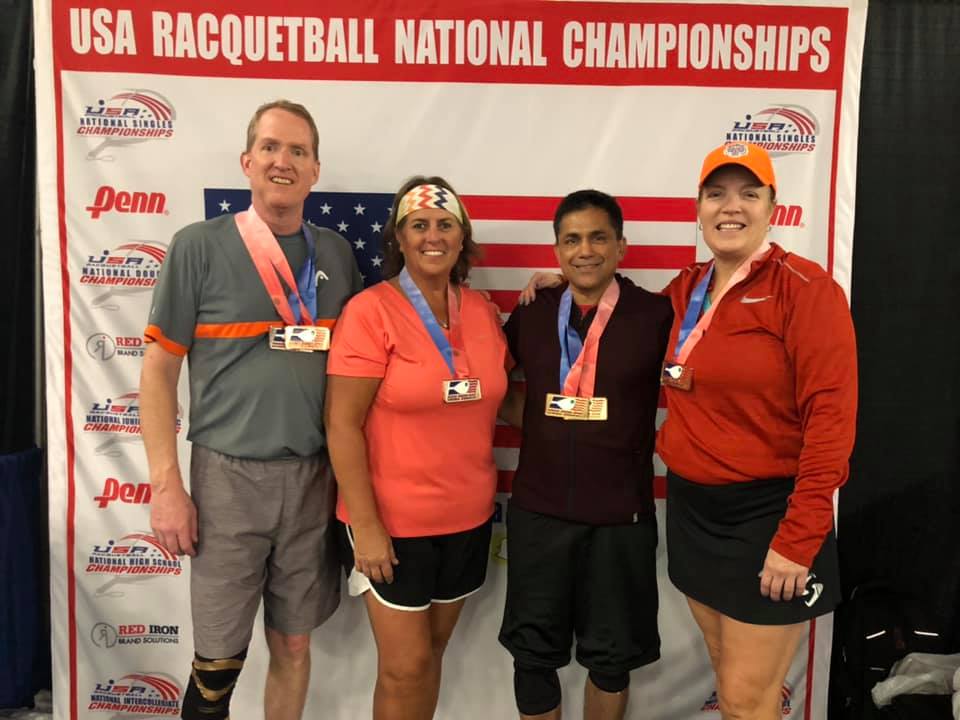 What is your hope for the future of racquetball?
That it sustains the test of time. It will NEVER get back to ‘the glory days’ let’s just make sure it doesn’t disappear completely.

How do you feel is the best way to help grow the sport of racquetball?
Volunteers are needed to run free clinics and provide racquets and eyewear for them. It’s a numbers game….teach 30 people how to play and 5 of them will become lifelong players. Clubs are not going to pay for ‘instructors’ anymore. We players need to volunteer once a month or once a week. Almost everyone that tries this sport loves it, but it takes a little more effort than, say golf or softball, where there is a ‘team’ that is organized and players can just go along with the team schedule. Racquetball requires some organization and scheduling from the players, it isn’t quite as easy as dropping in on a spin or yoga class.

If you could bring one thing back from racquetball past – what would it be and why?
National Major Sponsors and Exposure of Celebrity Players. Players should get in touch with their local TV sports announcers and challenge them to a game of racquetball!

What do you do to train?
Not enough, each year it gets less and less, however I have taken up yoga….sort of. I have never been one who likes to ‘drill’. I like to compete.

What is the biggest challenge you face right now as it comes to racquetball, and how do you work to overcome that challenge?
Keeping our 8 courts open, I put on my best sales lady hat a couple times a year!