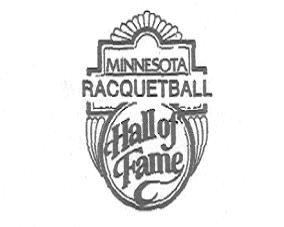 Are you a pro player, coach, association board member, tournament organizer, or racquetball broadcaster AKA why do racquetball players know you?
I was on the Minnesota Racquetball Board for over 20 years. My husband and I owned Central Courts Racquetball Club for 15 years. It had 8 beautiful courts, one being a stadium court. And, because we owned our own club, we ran A LOT of tournaments, leagues and clinics. Why do racquetball players know me? Because of my involvement with racquetball over the years in a variety of roles. I did play quite a bit of racquetball until I hurt my arm and I stopped playing after that because it just didn’t heal very well. I am also the mother to Jake and Sam Bredenbeck.

Have you ever been on your country’s national team? When?:
No, but both of my boys have. And, what an honor to represent our country in the sport that we all love.

First female mentor or idol in racquetball:
I have a lot of women mentors / idols – Terri Thorton, Dana Anderson, Lois Palmer, Cindy Tilbury. These were women that played as I was up and coming and I looked up to them.

Motivation for the game (what keeps you playing):
I am not playing anymore. My body does not allow it. But when I played I loved the competition. It was a great way to stay in shape.

Love most about racquetball:
The friendships I have made throughout the years. Racquetball has been family. It is just a fun sport to be involved in. Again, I loved the competition.

Preferred equipment:
When I played, Ektelon was my sponsor. I used a heavier weight racquet. It was Ektelon everything, racquet, gloves, shoes, glasses…

Favorite event:
The Hall of Fame Tournament / Inductions / Banquet / Auction. This is the event where we fundraise for the juniors racquetball players in MN. Bill and I have been involved with the HOF event for over 20 years. We have done everything from running the tournament, making the food, the flyer, getting sponsors, shirts and trophies, organizing the banquet and auction, and organizing the HOF inductee program. It is an awesome event. I am very proud of our efforts. We have raised a lot of funds for our MN junior program.

Best results at tournaments you’ve played in:
When I quit playing I was an okay women’s open player. I have a few trophies and medals to show my successes but to be honest I don’t remember them. I loved playing singles, I played women’s open and mixed open as well. We played a lot of tournaments. I do remember taking third at a USA Regional Tournament one of my last years on the court.

Day job:
I have taught high school Biology for 33 years.

Charity close to your heart:
Anything racquetball, Make a Wish Foundation

Other sports played in addition to racquetball: Golf now, pickleball. I used to play a lot of softball.