WOR will continue to operate in the same way as in the past, with the same great people and the same popular events. USAR and WOR have always worked together, and this agreement formally sustains and strengthens the sport as the indoor and outdoor games move forward together.

USA Racquetball President Dan Whitley said, “We welcome WOR and all of its outdoor players to the USA Racquetball family. By offering both indoor and outdoor programs, USA Racquetball now has a larger net to cast in bringing new players into the sport. I work in an indoor racquetball environment, but my kids have learned how to play racquetball at the outdoor courts in the park near my home. The outdoor game provides access and opportunity to introduce racquetball to many more new players.”

WOR Executive Director Hank Marcus commented, “This move positions WOR and Outdoor for future growth and stability. I have spent many years working with Dan Whitley on high school events, and I am excited and confident in what he and USAR bring to Outdoor. We are all interested in the same goals: growing the outdoor game, providing continuing service to our members, and introducing outdoor racquetball to new players.”

Greg Lewerenz, WOR National Director, added, “I am excited about this step forward for outdoor racquetball and for the growth and stability of the game. This brings together two groups of players with the single-minded focus of getting people playing the sport. We are at a pivitol moment in the history of racquetball. It is time to bring together the players, sponsors, manufacturers, and organizations to help promote and support each other and keep our sport alive and well in all of its forms. Let’s get people playing racquetball!!”

About USA Racquetball
USA Racquetball, founded in 1969, is recognized by the U.S. Olympic Committee as the National Governing Body for the sport. The organization annually conducts six national championships and sanctions hundreds of tournaments for players of all ages and skill levels. USA Racquetball also organizes the Adult and Junior National Racquetball Teams, oversees the Official Rules of Racquetball, administers National Player Rankings, manages a college scholarship program, and supports the introduction of new players to the sport.

About World Outdoor Racquetball
The mission statement of WOR is “to organize and unite all styles of outdoor racquetball play under one association that promotes and governs the outdoor game. WOR works to bring outdoor players throughout the world into the mainstream of racquetball through affiliation with USA Racquetball. WOR and the outdoor game are important vehicles in the promotion and overall growth of the sport of racquetball.” 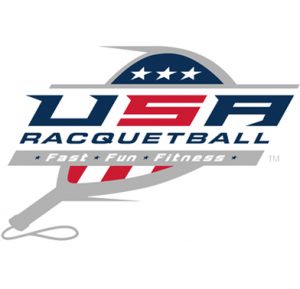